“Last Wish” – the first book in the series about the witcher Geralt. The novel is written in the fantasy genre, but do not immediately turn up his nose, thinking of a thousand other books about “other worlds”, and run to the other book. This will be a big mistake.

The main character, as already mentioned, the witcher named Geralt. Witcher – killer monsters, sword masters trained in magic. From childhood, they are the hardest training course, few survive to the end. Also, for their ability to pay them so that they become infertile. Many people do not like wizards, despise them and do not want to deal with them. Already looming dull character… 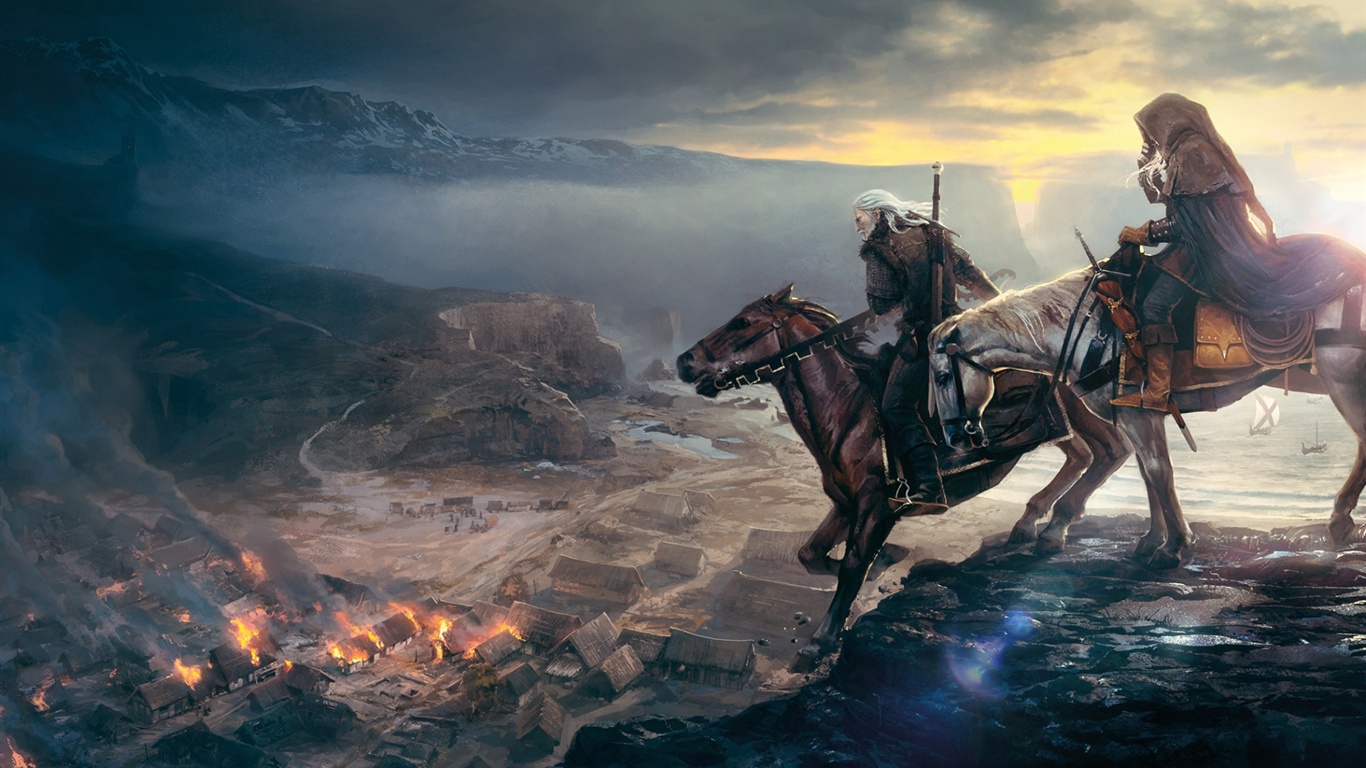 The style of narration is interesting – the whole book is divided into six and seven stories, “The voice of reason.” “The voice of reason” – a description of what happens to Geralt “here and now” (usually act in them goes to the Temple Melitele). The remaining chapters – life stories of Geralt that he himself had said.

I do not advise to expect from this book-entangled plot. The first book – rather, familiarity with the characters, their characters, and a small playground for the further development of the plot. The main thing – the atmosphere and the characters. This is an unusual fantasy. It is realistic, cruel fantasy. Here you will not meet the noble knights on white horses and perfect princesses. Playing on realism and raises the topic of racism: people in this world, only immigrants who are closely dwarves (similar to the dwarves) and elves. In addition, the elves here is not the classic – they are proud and evil, not putting people into anything, despisers of all, even of the same witch that person and some is not. Loving these elves, you definitely will not be…

Pan Sapkowski in his work often parodies the genre of fantasy itself. A simple example – the story only half a page about the first day of The Witcher on the highway. Seeing that a gang of bandits grabbed the girl to rape her, and her father was lying nearby, Geralt stood up for her and killed the bandit, throwing himself at him. Bottom line: the bandits fled, the girl’s father ran off with them, very young girl vomited and she fainted. Books full of such “normal” for the fantasy and unusual situations, but realistic actions of the characters in them. Also in the book Pan Sapkowski refers to such well-known fairy tales like “Snow White” (short story “The Lesser Evil”), “Beauty and the Beast” (the story of “grain of truth”) and so on.

By the way, the final touch to the character of Geralt – neutrality. As such, we do not have a code wizards, each has its own rules and Code – a cover. The only rule – neutral: do not make a difference, do not wake up anyone’s side, only to remain neutral. What does the author field for intrigue: endowing Geralt’s character and his views, pan Andrzej creates interesting situations related to Neutrality burden (for example, in the “issue price” story).

Bottom line: in my opinion, “Last Wish” is one of the best and most underrated books of XX century. Without obvious disadvantages, but with clear advantages.