Author fiction novel gained notoriety, and then it collapsed due to the huge popularity of the World Wide Web. The fact that Dmitry Glukhov first and subsequent chapters “Metro” posted on the resource online. In the traditional form of the novel, it was first published in 2005, when the author is completely finished writing fiction works. A short time later the novel “Metro 2033” has become a popular book, which says it all. The novel was reissued three huge numbers and was continued in a computer game. It is interesting and logical that the 32-year-old TV presenter and journalist Dmitry Glukhov created and a dozen other literary works, but still in the hearing of all three novels: “Metro 2033”, “Metro 2034” and “Twilight.” 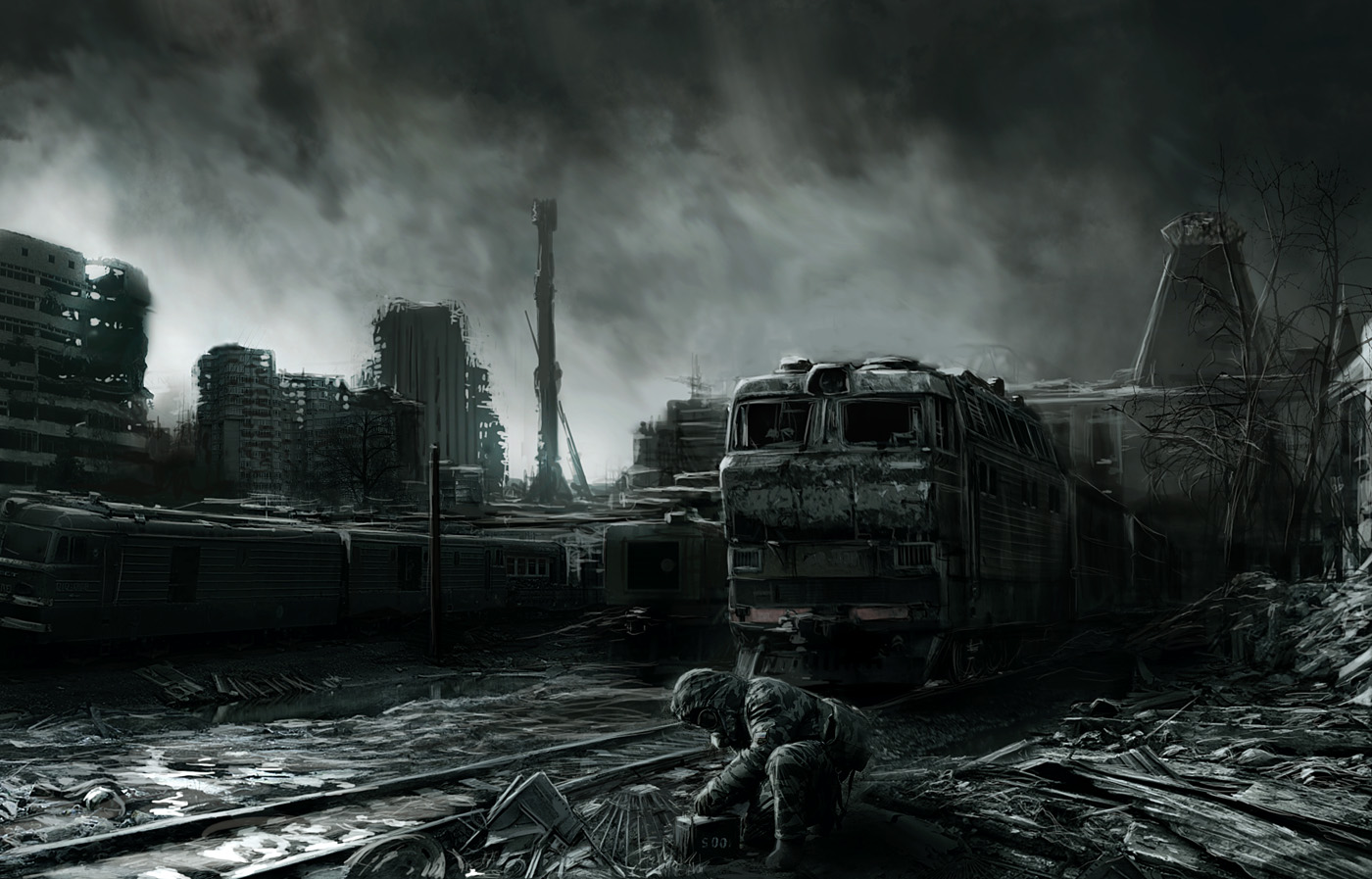 As you guessed, the novel events occur in the distant 2033, when after a nuclear war in 2013, Muscovites are forced to live, or rather survive in the underground subway. Stations and transitions have become the place of residence of various groups, associations a sort of people’s views and beliefs. Over the twenty-year period from 70-80 thousand people who have managed to escape in the Moscow metro, metro centenarians were only slightly more than half. Of course, in the world of “Metro 2033” has its heroes-singles, one of which, Artem will take a long way to find a solution, and may even save humanity from certain doom. In fact, people die not only from the ravages of the terrible external forces (in this context – from nuclear explosions): most of the ills stem from the destruction of the human person from the inside. Yes, lofty words – but for a moment imagine yourself in the role of “Metro 2033” characters and recognizes itself – would be able to survive and remain human in inhuman conditions underground. For example, personally I am not sure in a positive response.

On my impressionable female nature made a huge impression description of mutants that are filled with ground world after effects of nuclear radiation. For example, common house plants have become incredible exotic vines or large predatory bird-demons, which nest on the temples. A Kremlin stars have become the objects of psychological impact and shine unreal way, mesmerizing anyone who will throw them look. In general, the horror on earth and under the earth! Exciting events and pictures to describe the daily life of the inhabitants bomb shelters antinuclear dragged me several times I put off reading the novel, but the characters and events I dreamed at night, why I woke up and went on reading in the silence of the night. I even stopped for a while to use the St. Petersburg metro – I always imagined mutants.

I want to warn readers that the book is not a fairy-tale fantastic product – on the contrary, affect the real picture of the incredible and the probable future. Glukhov does not take on the role of prophet, but we want to warn you that could be with humanity and show themselves as the individuals in the proposed conditions after the disaster. History shows clearly that human quality most evident in the most difficult situations: from other heroes emerge victorious, and other people can not stand the test of fate and turned into a miserable excuse for a man. What a way to choose the heroes of post-apocalyptic novel “Metro 2033”, you will learn if you decide to devote their free time to read this book. I recommend the book to anyone who wants to for a while to escape from reality into the world of fantastic visions and unreal dreams for the comparative taste of real life.