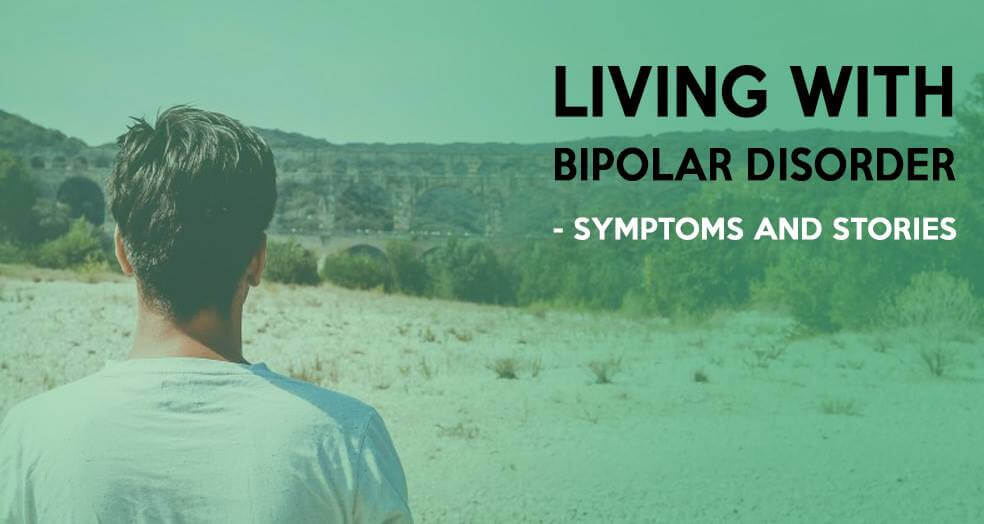 What Is Bipolar Disorder?

First of all, the disorder that we all call ‘Bipolar Disorder’ is a type of mental illness wherein individuals have extreme shifts in their mood. This mental illness has symptoms like any other mental illness out there. It includes mania, a very elevated mood. Episodes of depression are also included as one of the symptoms of bipolar disorder.

Just before my former psychiatrist had diagnosed me with bipolar disorder, I would experience very intense mood swings, and I would retrospectively overreact to situations that happen every day. First, I’d be extremely insecure, and then after, I would have so much confidence with myself. I would also have thoughts of taking my life, feeling like I have no worth with a mix of creativity.

Right now, my symptoms are not that different from the past. But I’m older now, and I’ve become more mature, so whenever the disorder starts to show itself, I try my very best not to give in to the disorder. Even now, I still go through very low lows that usually lasts for weeks every time. Whenever I’m down, there are times where I think of suicidal thoughts, and they are really tough to handle. Now, even though I see those things as temporary because I’m a person who has bipolar disorder, thoughts like those are still very unsettling for me. I usually experience the highs more than the lows.

Back then, I would always turn to my family for support, but I didn’t want them to be burdened by me. I have a cat, and she’s always there when I need the support. Also, meditation and journaling have been very helpful. I don’t have a therapist to talk to right now since I don’t have the money to afford health insurance.

Sometimes I think that this disorder is a gift given to me. It forces you to face all your emotions with no hesitation in a way and to bury them in your thoughts is not in any way an option.

If you don’t know, there are three principal types of bipolar disorder, which are bipolar I, Bipolar II, and lastly, cyclothymia.

The first type of bipolar disorder is defined as at least one episode of mania appearing. If you have this type, you will either experience major depressive episodes or hypomanic episodes before and after you experience a manic episode. No one seems to be spared as both men and women and is equally affected by this bipolar type.

For the second type, people who have type II experience one episode of major depression that usually lasts a maximum of two weeks. They can also experience an episode of hypomania that can last for up to four days. More women have type II bipolar disorder.

With the last disorder, those who are diagnosed with cyclothymia go through depressive and hypomania episodes. They are shorter and are not that severe than the depression and mania that is caused by the two previous types. Diagnosed people will only be able to experience 30 days or 60 days every time where all their moods are in a stable place.

Like the types, three principal symptoms will occur when you have bipolar disorder, and that is depression, hypomania, mania.

When you have a depressive episode, you may feel or experience:

Most of the time, this symptom is associated with the second type of bipolar disorder. It has a similarity with mania, but they aren’t that severe like mania. This symptom won’t trouble you with social relationships, school, or work. However, people who have hypomania will still notice how their mood changes.

Lastly, as for mania, diagnosed people may have the feeling of being emotionally high. They may feel like their full of energy, euphoric, impulsive, and excited. When they experience mania, they may also engage in different activities like:

The Causes of Bipolar Disorder

Here are the possible causes of mental illness:

If you have a parent or even a sibling that has bipolar disorder, there is a high chance that you can also develop a mental illness. However, you should keep in mind that most of the people who have the disorder in their very family history do not develop it.

The structure of your brain may put the risk of getting the disease higher—abnormalities in how your brain functions or the structure may possibly increase the chance of developing the condition.

Now, not only can you develop bipolar disorder from what’s inside of your body. Factors of the outside can also be the cause too. Some of the factors are:

That is much knowledge about bipolar disorder, and I hope you have gotten the information that’s needed.