The events of the novel take place in the distant 50s of the eighteenth century on the open spaces of America. However, immersive storyline, exciting trips and architectural style let you break away from the present-day reality and immerse themselves in reading a novel Mayne Reid. Alternatively, maybe it is just a classic – a classic of the genre, style, classic, classic romance.

In a bibliographical article about the author of the novel “The Headless Horseman”, I met a very precise expression that characterizes the work of a writer – a romantic exoticism. That is because the mysterious and terrible events in the novel and the reader does not let go, still surrounded by a romantic and love exotic. Sam Mayne Reid lived a bright life full of adventure, worked as a teacher and a reporter, traded with the Indians, took part in the war between the US and Mexico, in the 33-year-old married fifteen beauty, participated in the revolutions and wandered all over the world in search of inspiration, I had a firm civil position and boldly declared it, and died of a nervous and physical disorders. The writer gained fame during his lifetime and remained in history as one of the most popular authors of adventure novels. 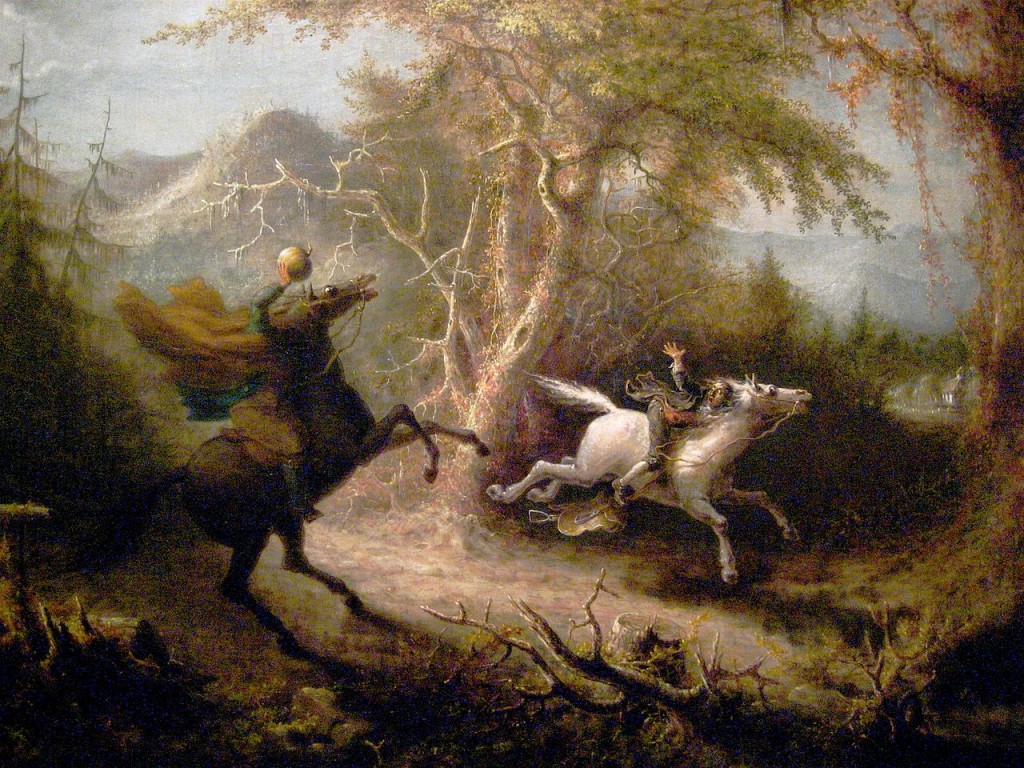 Let us go back to the novel “The Headless Horseman”. The storyline is built according to the laws of the genre: the vast parched prairie family is a wealthy planter Woodley Poindexter met with Gerald Maurice. Circumstances were such that the planter’s family when you move to a new estate was lost, and the frugal mustanger proved their savior. It is clear that the young daughter Louise at first sight falls in love with the hero, the head of the family imbued him respect and gratitude, and Cassius Calhoun – Woodley nephew and cousin Louise – immediately examines a savior opponent. Further events developed rapidly: the desire to catch up with the heroes seize, kill, justice, revenge, love and be loved.

I warn you, “Headless Horseman” – not a fairy tale for children, and a beautiful and bright work for readers in the romantic age from 12 to 99 years old. On the pages of the novel gentle embrace and passionate recognition of the picture replaced treacherous murder and sudden appearance of headless horseman. Novel is easy to read, some lines remain in memory forever:

“Ahead, the horizon, stretching limitless expanse of savannah. On the azure sky silhouetted mysterious figure similar to the damaged statue of a centaur; it gradually removed until not disappear into mysterious moonlight twilight”

I read somewhere that Mayne Reid, having a wild imagination and a unique imagination, even changed some of the facts of his biography than later completely confused his bibliography. It is not surprising that in the novel there are so bright, juicy, colorful descriptions of plot events. History says that in difficult times from imminent bankruptcy Reed saved it published the novel “The Headless Horseman”. After his death, his obituary in a British newspaper were the lines:

“In England and America the youth had no better friend than Captain Mayne Reid.”

My first reading of the book took place during impressionable youthful pores. The novel caused a storm of emotions, even tears of grief and joy. I recently re-read “The Horseman” and was surprised to find that the captured familiar plot and content of the new force. Impressions have not changed, on the contrary, I admire the author and heroes with even greater force. Of course, the work sometimes seems naive, and deeds of heroes of the novel – too pretentious or predictable. Nevertheless, these details are completely offset the overall impression of the novel. If we compare the influence of classic adventure novels by different authors, I would have dared to put a number of works of Mayne Reid and Jack London.